The Different Types of Live Streaming in Malaysia 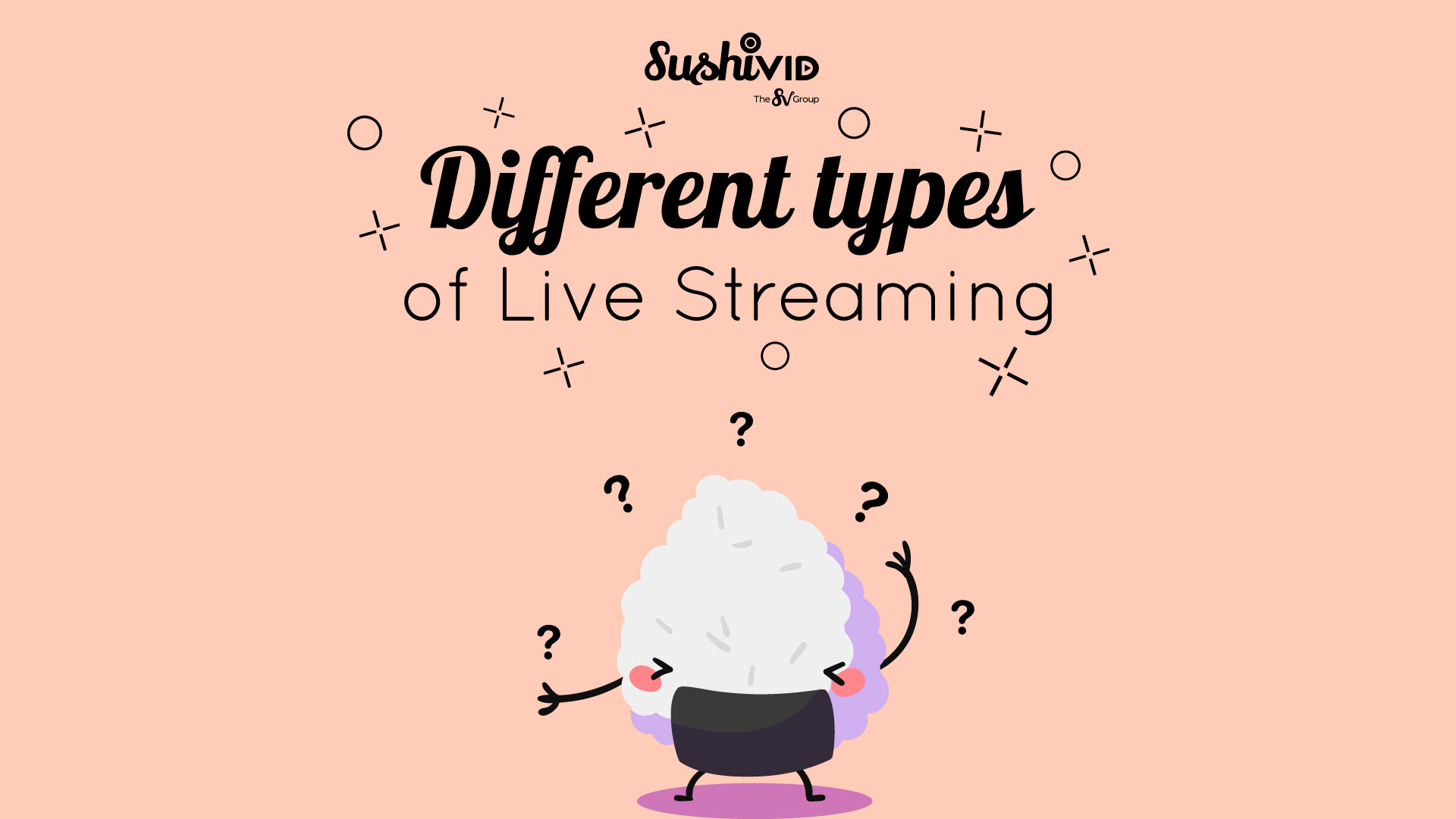 The Different Types of Live Streaming in Malaysia
How often do you watch your friends live stream their activities through social media apps like Facebook, Instagram, or Twitch? It’s possible that most of you — at some point — have seen live streamed videos.
Live Streaming is the practice of recording and simultaneously broadcasting media in real-time over the internet. Live streaming platforms may range from social media apps like Facebook Live and Instagram Live to professional sports as well.
In the not-so-distant past, live streaming seemed like a herculean task that only major broadcasting networks could engage in. After all, live streaming does require immense internet bandwidth, and that was certainly not possible in the age of dial-up internet.
In recent years, however, live streaming has become so ubiquitous to our culture that your grandmother probably has her own knitting stream. Celebrities constantly live stream themselves in natural settings to seem relatable or communicate directly with their fans. Brands live stream content to reach a wider audience. And regular folks live stream their lunch to dozens or even thousands of followers.
In this article, we take an introductory plunge into the world of live streaming to see what it’s really about and why people are so drawn to it.
Categories of Live Streaming
Before we proceed further, let’s take a brief look at the various forms of live streaming.
Esports Streamers (for Entertainment)
A few decades ago, if you had said that you could mint money off recording yourself playing video games, you would have likely been locked up in some insane asylum.
But not anymore. 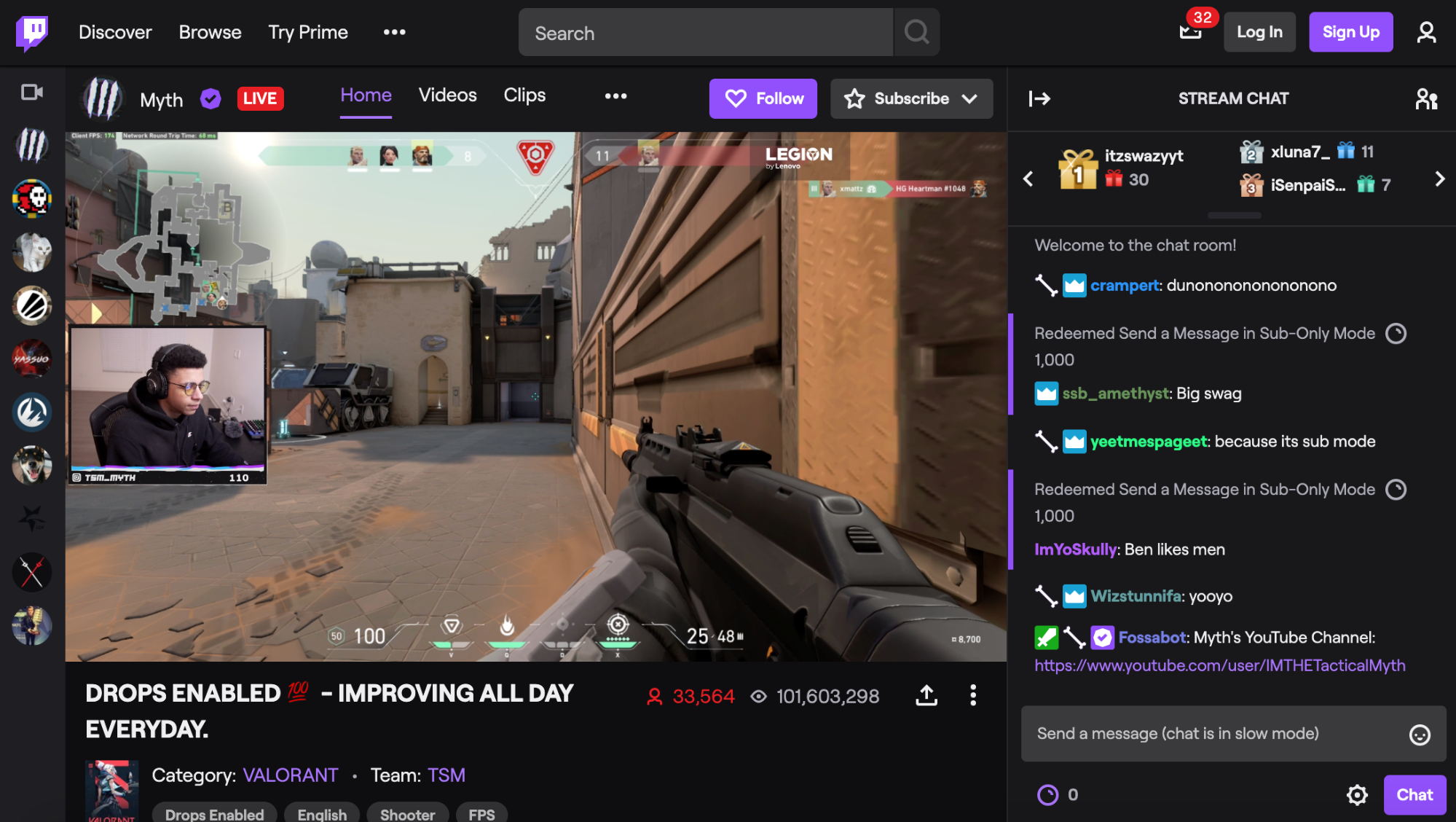 Thanks to esports platforms like Twitch (Amazon’s streaming website), people are broadcasting themselves playing video games to millions of followers. Twitch streamers make money through monthly subscriptions, and each subscription may range from $4.99 to even $24.99 a month.

In fact, according to a CNBC report, Twitch has approximately 14,000 elite gamers and professional streamers generally earn a monthly average of US$3,000 to US$4,000.

Chinese online marketplace Taobao proves that live streaming isn’t just a source of entertainment but that it also has value for directly commercial and marketing purposes.

Thanks to Taobao Live, eCommerce platforms can live-stream virtual shopping rooms for their products to engage with their customers directly. The platform is so far successful in generating annual sales volumes exceeding RMB 100 million (approximately US$15 million).

These platforms allow regular people to host their own live shows and stream content to their friends and family. You can live stream yourself as you engage in fun activities or go traveling so your friends and family can see you and engage with you in real-time.

History and Origins of Live Streaming

Live streaming has a relatively short history of just about 20 years. After all, the internet hasn’t been around all that long either, has it?

The first recorded example of a live stream occurred on June 24, 1993, when a garage band named Severe Tire Damage live-streamed their performance from Palo Alto. This paved the path for the world’s first live streaming company — RealNetworks, founded in 1995.

RealNetworks broadcast a baseball game between the New York Yankees and the Seattle Mariners in 1995 and then proceeded to develop a streaming video technology called RealPlayer.

However, live streaming — at the time — was just a novelty rather than a functional form of experiencing media. The frame rate was so small that the resultant image was no larger than an inch or two. In blowing up the image, viewers were left with a distorted abstract impression of the content that nevertheless took up most of the internet’s available bandwidth.

In 1999, President Bill Clinton made history by participating in a live stream called “Town Hall with President Clinton”.

Live streaming truly started gaining ubiquity after YouTube came into the picture in 2005. But it wasn’t until 2013 that live streaming became readily available to the masses in the form of YouTube Live. That was quickly followed by a one-touch mobile live-streaming app called Periscope, which was soon followed by Facebook Live.

And that officially opened the floodgates on live streaming as we know it today.

Why do People Watch Live Streaming?

Live streaming continues growing at a rapid pace. So what is it about live content that’s draws so many viewers?

In the world of social media, live streaming gives viewers and followers the chance to directly interact with their influencers and idols in real-time. It breaks down the boundaries between celebrities and people.

Live streaming also gives brands and companies an air of authenticity as the potential customers can engage with their content and the real people behind the brand. This generates an emotional connection between customers and brands.

According to the aforementioned Interactive Advertising Bureau (IAB) study, the number of people engaging with live streaming videos worldwide has grown by 47% in a single year. That’s a massive uptick in the popularity of live streaming. As such, app developers and investors across the globe are hustling to carve a niche for themselves in the field of live streaming services.

A report by The Mobile Economy 2019 has found that smartphones and tablets generate 37x more traffic than feature phones and 4G devices generate 3x more traffic than 3G devices. As the capabilities of mobile broadband and data usage continue expanding, so does the feasibility and viability of live streaming services. That’s why live streaming companies that can provide optimal results while consuming less data are likely to cease the market.

Despite the dominance of big names like Facebook Live, Twitch, and Youtube Live, local live streaming platforms continue thriving in local levels. For example, Bigo Live and 17 Live (streaming services from Singapore and Taiwan) maintained an average download rate of 300 and 120 per month, respectively, in 2018. This goes to show that smaller local streaming platforms can also realistically compete with bigger platforms like Twitch by focusing on their local demographics.

This simply highlights the fact that the market for live streaming services is far from its saturation point, which makes it a truly potent field for investors and brands alike.

If you’re interested to work on live streaming projects, do feel free to reach out to us! [email protected]