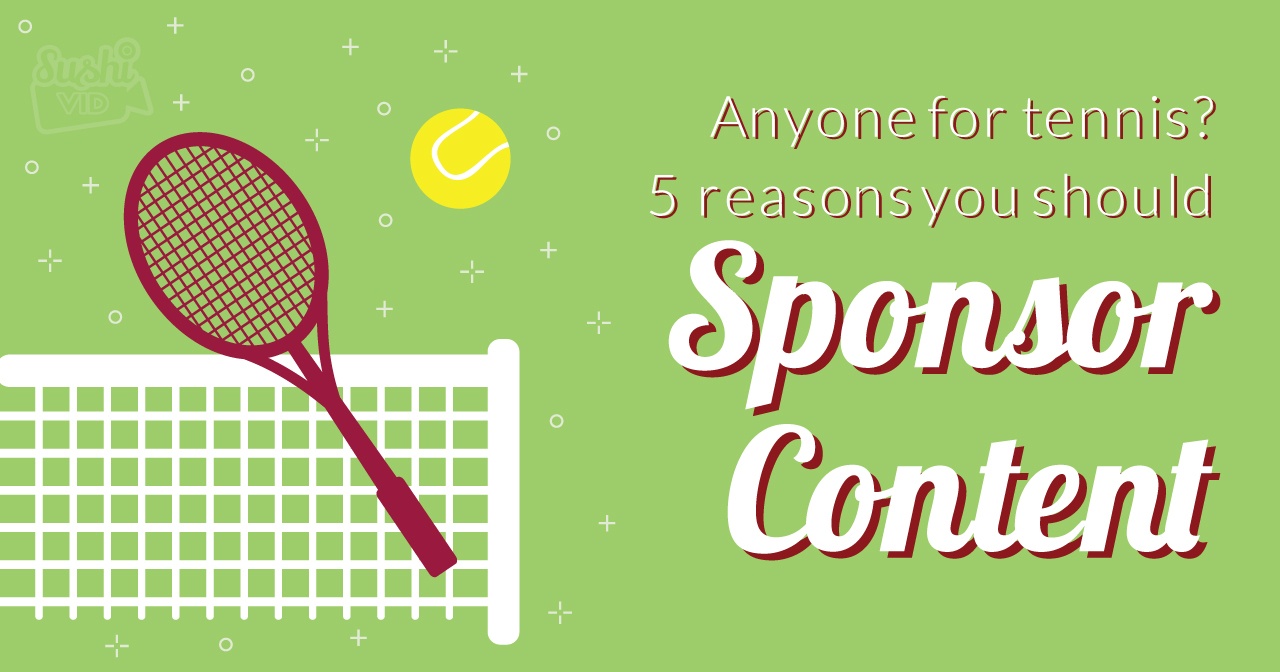 Anyone for tennis? Did you catch the recent Australian Open final between Roger Federer and Rafael Nadal? Talk about a GRAND SLAM… not just for the game of tennis, but for Nike as well. Let’s be honest, when you sponsor two mega humans to “Just Do It” it really is open to you to sit back and laugh while the pennies roll in.

Even if you don’t have access to neon kicks and a cool $10 million (the estimated value of Fed’s sponsorship deal), fret not. Sponsored content doesn’t discriminate – it’s something all brands can, and should, be using.

Not convinced? Here’s our top 5 reasons why you should sponsor content.

One of the pure joys of watching tennis (other than the athleticism) is that, even on free-to-air tv, the games are rarely, if ever, interrupted for ad breaks (that’s what injury time is for). Why? Because people HATE ads and there would be serious uproar if mid-point they flicked to something like the infamous Snuggie commercial (seriously people, it’s just a back to front dressing gown).

While we as viewers think we’re enjoying an advertisement free paradise, the reality is that sponsored content is everywhere during a game of tennis. But it’s so very subtle that no one is attuned to the subliminal effectiveness. Just like when Joseph Germani schooled us on how not to lose photos and videos. If only he’d taught Novak Djokovic how not to lose a game…

Federer wears it. The fans want it. Simple.

Why? It’s all about trust. As Kimberley A Whitler explains,

“If you could master what has been identified as the most valuable form of marketing—the one that consumers trust above all others and the one that is most likely to drive sales for your company — would you instead choose to ignore it or leave it to chance?”

Nike knows this well. So well in fact, that in 2014 they brought sports’ biggest influencer, Michael Jordan, courtside to support Federer for the ultimate in sponsored content. Then they released the two of them playing piano together. Then Federer posted an Instagram of the two together. The trainers sold out in minutes.

Watch any Federer game and you’ll see members of the crowd sporting caps emblazoned with “RF”. Not the most catching of looks really, but because Fed did it first, the people are doing it too. One crazy sponsored content circle when you think about it.

Influencers possess a rare power to, well, influence. And when utilised properly they have the power to create a lasting impression – just think of the McDonald’s 3 bite challenge and the mannequin challenge; both were started by influencers.

Cheap and Roger Federer don’t belong in the same sentence. But when we look at using social media influencers, it really is game, set and match on price when compared to the cost of filming a traditional commercial.

Think of it this way. If you film a traditional commercial, you’ll need crew, equipment, appearance fees, catering, a hefty pay cheque for the networks and so on. Factor a few children into the equation, like Digi did here, and the price tag grows and grows.

If you hire a YouTuber to produce some sponsored content, they’ll take care of everything. All you need to do is pay a reasonable appearance fee and provide some free samples of what you do best. Don’t believe us, here’s a video that MacamYes put together for Digi. Compare it to the other and let us know what you think!

Roger Federer has transformed the serve-volley game into an art form, pulling off technical shots with ease.

So too, SushiVid has created a platform that makes hiring and work with influencers for your sponsored content needs a piece of pie. Analytics. Integrated payment systems. Asia’s best influencer talent. Just like Roger Federer, we’ve got the whole influencer court covered.

As far as Nike are concerned, Roger Federer serves up aces on and off the court. While he is being paid very handsomely for his services, the principles of his influencer marketing prowess are readily applied for brands looking to operate in the social media sphere.