[Tip 3 of 8] Difference Between Celebrity Endorsement And Influencer Marketing

Label:
I'm a Brand
I'm a YouTuber
Tips and Tricks
I'm an Influencer 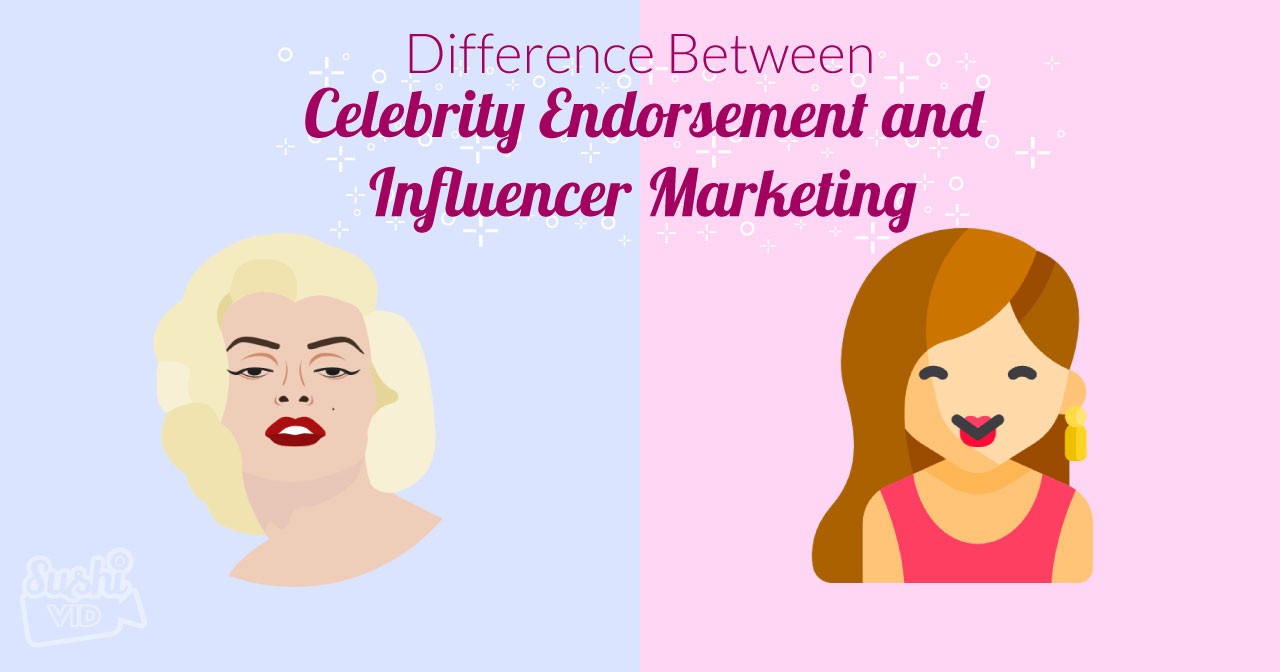 However, there are also key differences to distinguish between the two. Over the past few years, the popularity of influencer marketing has rocket as many brands have decided to use a different approach in their marketing technique.

In fact, Linqia stated that 86% of marketers in 2016 are using influencer marketing in their business objectives.

Question is, what exactly are the differences between the two? And why is influencer marketing deemed much better as compared to celebrity endorsements?

Let’s start with the first one...

Celebrity endorsement is used simply when a celebrity’s fame/status is associated with the brand or product. In this situation, you are using a celebrity figure that people idolize to make people want to buy your product.

With celebrity endorsements, the ad is meant to be seen, heard but not interacted with. Whereas influencer marketing is creating word-of-mouth advertising among admired and trustworthy people in niche communities. Influencers are constantly running a dialogue in their following.

Why do I say trustworthy? It’s because two-way communication is present in influencer marketing.

These influencers engage in conversations with consumers by answering their questions, having giveaways and just generally responding and talking to them.

The division between them is not as outsized as compared to celebrity endorsements. In this picture, influential people are increasing your brand name in the minds of consumers.

Both ways are used to influence people, but the way they execute and deliver the message is very different.

In the case of celebrity endorsements, the brand will come up with the strategy to promote the product, the celebrity plays their role and contributes their influence to the campaign.

However, influencers are responsible for the promotional content they create. They know their followers best and what kind of content they respond best to. Think mommy blogs, makeup gurus and gaming experts, they venture into their respective fields because passion and interest  drives them.

Brands may have a few guidelines for them to follow but also give them the creative freedom to express and articulate the message and tone in their own way. Remember, it would be obvious if it seems too scripted or phoney.

You’ve probably heard that celebrities sign million dollar contracts when being attached to a brand. Take Beyonce as a prime example, she earned 50 million dollars promoting Pepsi back in 2012.

Many brands may not be able to fork up that amount to work with a top celebrity. While influencers with followers at millions may be expensive to work with, they usually don’t cost as much as celebrities do.

Brands with limited budget may also consider mid-level influencers and micro-influencers that are targeted towards more niche markets and considerably create long-term loyal customers while engaging with their audience on social media.

However, people are losing trust in advertisements and blocking out ads on their desktops and smartphones. So it is wise to take a more personal, trustworthy approach to reach your audience in this age of time.