Once upon a time the only people we saw live were bands or reporters. Then along came Facebook Live and suddenly we were all getting notifications to let us know that such and such is now broadcasting. 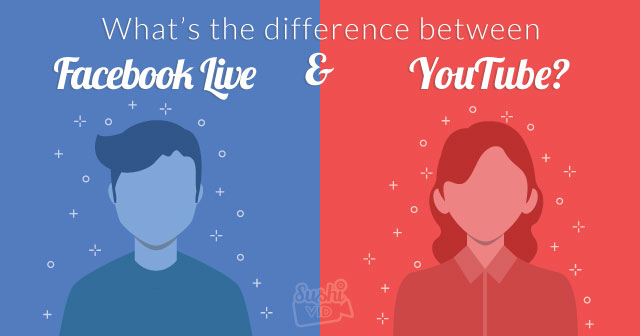 As with any move made by Facebook, Facebook Live has amassed a LOT of hype (such is the marketing prowess of FB that the world would seriously implode if Mark Zuckerberg changed his t-shirt). But is the hype worth it? Does the platform have anything to offer brands and influencers or is it just a clone of YouTube?

People go on YouTube to find specific videos. They want to know “ How to Cook Nasi Goreng”

Facebook is a little different, however. There’s no specific search and watch function. Instead what you see is what other people feed to you, whether that’s through your friendship group or a company engaging in targeted marketing.

The problem with going live is that things can often go wrong. Sometimes they go wrong on a pretty epic scale (think Ryan Gosling’s heartbroken face when it was announced that La La Land did not actually win the Best Picture Oscar – relive the pain here). And while we aren’t expecting a reel of influencer bloopers anytime soon, imagine how damaging it could be for your brand if your influencer had a “moment” live on Facebook.

YouTube videos on the other hand are carefully filmed and edited. So while FacebookLive may be the cool new thing, the better investment remains to let your influencer do their “thang” at their own pace.

At this point you may be channelling the Old El Paso kid and asking – why not both? The girl certainly had a point.

With videos, however, there are certain styles that are better left to YouTube and others more suitable to Facebook Live. As a general rule of thumb, while people are happy to watch vlogs of 3-5minutes (and sometimes even 20 minutes) on YouTube, the Facebook audience is different; they’re scrolling, which means you’ve got about 1 minute to grab them. Tops.

Our analytics show that a Facebook video will get about 70% of its views in thefirst 24 hours. Virality on YouTube takes a bit longer, with only 30% of views being achieved in that first day. What does this mean for you?

Think about your campaign. Are you marketing something with a time limit? If so,having a few influencers go live on FB to countdown to your event will work really well. But, if you are looking for your branding to seep into the public consciousness over time then YouTube is the place to be.

When your video is live, it take on a Ron Burgundy persona and becomes kind of abig deal, dominating your followers’ Facebook feeds. As long as your influencer is live, your brand is top priority. You could say Facebook followers are a little fickle.

YouTube fans tend to be pretty loyal, which is why YouTubers build followings. Inturn, the influencers feed their followers with more and more content. The beauty of this is that they’re dining on organic content, rather than being force fed.

Not only has also this talk of feeding left us feeling mighty hungry, it’s also shown the key differences between Facebook Live and YouTube videos. While Facebook Live is very much of the moment,the lack of control and production values may be less desirable for brands looking to establish longevity and presence.

On the other hand, Facebook Live garners instant attention and is great for promoting sales and events.

In short, brands will be well placed to base their influencer campaigns around YouTube, using Facebook Live sporadically to complement their offerings.

Are you taking the right approach to influencer marketing? Find out more HERE.