(Exclusive) What our Intern learned in SushiVid - Li May the Intern 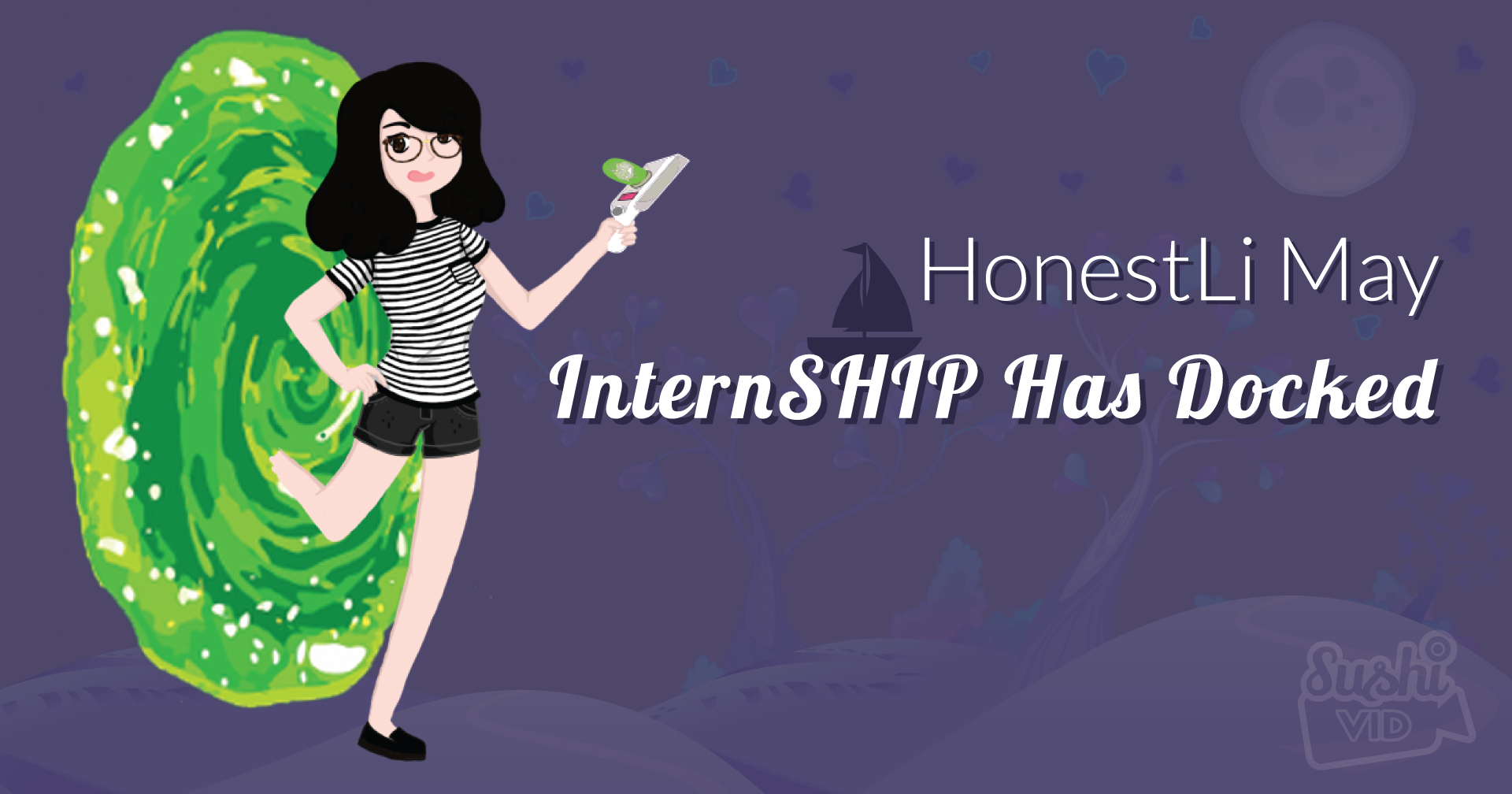 My internSHIP has docked and the journey has come to an end. My title came along because I like to say “honestly” and I like to believe that honest statements can be told with the intention of building people instead of breaking them down. With that, I’ve learned many things in this company and here they are:

I believe you never really overcome your deepest insecurities, you learn to live with them. I spent A LOT of my time looking for social media influencers and after awhile I realised that the ones that I tend to remember are the ones who aren’t afraid of showing the not so beautiful parts of themselves. I have to admit, social media is a place where people put their best foot forward and I’m definitely guilty of that. However, our sense of beauty will change a lot as we mature and we will come to realise the importance of inner beauty. I hope. That’s what Andy Samberg said.

Many people don’t realise when they’re starting to get overconfident. This can happen as easily as saying “Uhm OBVIOUSLY I know the word pineapple” in a sassy tone. Sure it’s great to be sassy sometimes but you’re impairing your ability to learn and discouraging others from learning at the same time. It’s a domino effect: Domino 1 is sassy about the word pineapple, Domino 2 feels dumb about doubting Domino 1’s intelligence, Domino 2 doesn’t question Domino 1 about kiwis but Domino 1 doesn’t actually know kiwis exist then everything falls down just. Like. DOMINOS.

Bottom line is, don’t act like a smarty pants because it might turn other people into smarty pants. There’s always going to be something for you to learn and ignorance gets you nowhere. Be aware of your mistakes and strive to improve at your own pace. As the great Andy Samberg once said, “Stupid is the highest compliment a person can pay to me”.

Anything you can do I can’t do better

As much as I wanna be the very best, like no one ever was… (POKEMON). I accepted that there are many things I’m not very good at. Talent exists, and it really hurts when you’re so passionate about something but there are so many other overtaking you with half the effort you put in. It only took me 20 years of complaining to realise that all the energy put into complaining could’ve gotten me on the same playing field as those talented poopyheads. Ok they aren’t poopyheads, it’s totally understandable that they utilize their talents to go further in life. As for me, I’ll have to go the extra mile if I want to compete with these poopyheads. I mean, big heads. I mean, people. Yes. People.

Empathy is a remedy

In the hectic working environment of a startup, many unpredictable things happen. I don’t like unpredictable. Call me PSYCHic Li May cause boy do I like to predict. Unfortunately, the world doesn’t work that way so this was a wonderful in-your-face experience. I now know that I get very easily frustrated when I’m under pressure (sorry if you had to feel my wrath, you know who you are). The one thing which helps me cool down is empathy. Empathy keeps me grounded as I force myself to remember that the other person probably doesn’t want to ask my yong sui face anything at that moment. In times like these, I’ve learned to be more patient and understanding as i realise where they’re coming from. Although I have faced difficulties working in a group, it is through empathy that I managed to complete this internship without getting fired first.

I KNOW, THIS MIGHT AS WELL BE A RAT’S DREAM CAUSE IT’S SO CHEESY. Alright it’s not as deep as it sounds. All I wanna say is: when you make a decision to do something and it gets rocky, remember your intentions. Why did you do it in the first place? I’m not sure what that reason was but it must’ve meant something to you if it pushed you to say yes. 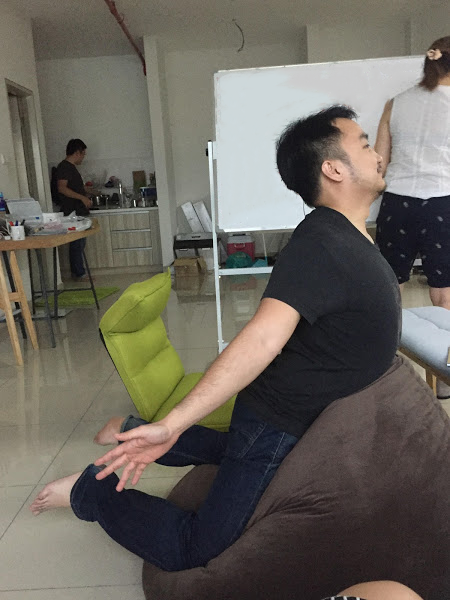 For reading this far, your reward is a photo of my supervisor being a majestic mermaid. A wise Andy Samberg once said “If something is making us bored, we should probably keep it shorter”. So I’d like to thank everyone at SushiVid for teaching me these lessons and more importantly-

If you missed my last article read here.

Check out Li May's favorite The F Channel Video she participated in! 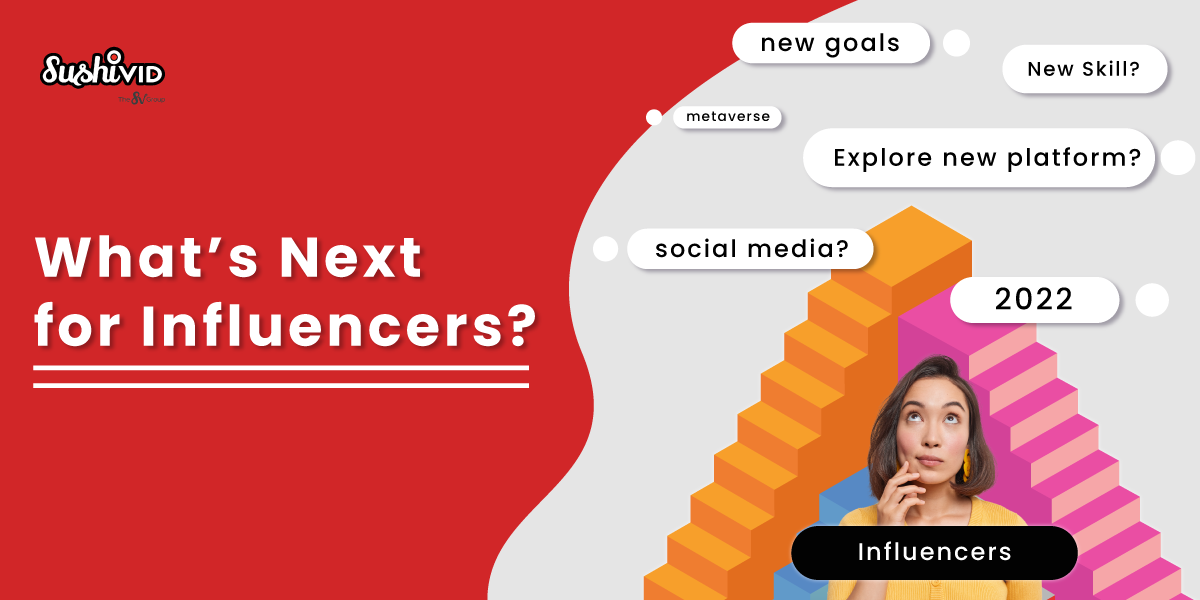