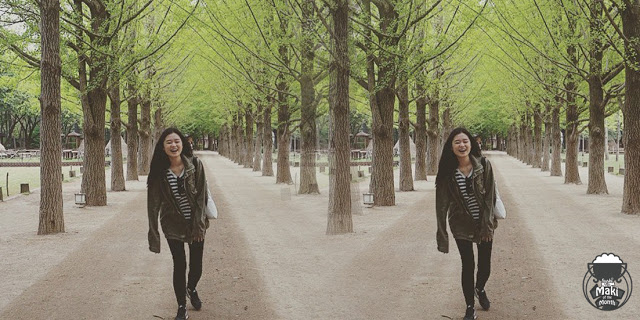 When you head to Nat Chai’s blog and read about her lingual and academic achievements you could be forgiven for expecting someone a little serious; this girl can speak 5.5 languages and has studied all around Asia.


Then you head to The Nat Story YouTube channel and find a video of this vivacious lady, driving around with a cardigan on her head, panicking about her petrol levels and you find yourself in fits of giggles!


You see Nat isn’t afraid to be herself, whoever herself happens to be on any given day. She’s perky, cute and at total ease in front of the camera. Watching her apply lipstick in the first ever SushiVid influencer campaign for Hermo.my was an absolute treat! Recognising the value in her well managed social media empire, Nat invites the world into her life in the hope of lifting spirits and brightening days.


Needless to say, we were super excited to share a ‘chai’ with our May Maki of the Month!

I first started YouTube to upload short vlogs of my time studying in Korea in 2008, and the rest were just random uploads of anything I wanted to share from birthday celebrations, walking around my foreign campus or karaoke sessions (most of them are set to private though).


I started uploading vlogs consistently at the beginning last year because I felt like I wanted to look back in 5 or 10 years down the road and be reminded of all the little things that happened; small things like footage of my grandmother during her birthday, or just a video of me and my closest friends walking down a dark alley ­ those are the things that I can relive by just watching the vlogs.


Basically, I started doing it for sentimental reasons. My grandmother watches my vlogs sometimes and I think it’s quite meaningful for me on a personal level that I’m able to share a part of my life with my family, although I’m not always around them.


What is your most memorable/favourite video on your own channel?

I don’t exactly have a favourite video on my own channel ­ but one of the ones that has surprised me with its response would be one of the most recent ones called “Do You Speak Korean”. I made a four minute video speaking entirely in Korean, just addressing the different things people have been asking me regarding my fluency in Korean and all sorts of things that people ask me about when it comes to all things Korean. It was a fun video to make ­ but it took SO long for me to edit, because subtitling isn’t exactly the most exciting thing to do when producing a video!

I mainly watch three channels ­ ItsJudysLife, BubzBeauty, and AndyMetSonia. All these three channels have kids, and I love watching parents and their kids interact. But another common factor between these three channels is that they always aim to do good for the people. Judy and Lindy (Bubz) especially have used their influence to do so much charity work and honestly, I feel if there was a reason to be influential, it would be that you have the ability to gather resources and build or provide something for someone who needs it.


How did you get your first 500 subscribers and was it difficult?

To be very honest, I don’t remember when I first got my first 500 subscribers. I don’t even know what I started with. But I think being on YouTube, one of the most important principles is just to be content focused before the views. Getting lots of views for a video you uploaded is exciting, because it’s like a pat on the back, saying good work! But I think making content based off the drive to pull more traction is something that may break the direction and identity of your own channel. I’m glad I also work around a bunch of friends who are very reminding of how numbers are not important.


What is something your viewers don't know about you?

Hmmm, I think just showing 7­10 minutes of my week really is just a small window to what goes on in my life so there is definitely quite a number of things. But I think one interesting thing to share would be a pet peeve that I have: I can’t understand why would anybody in the world just STAND at the end of elevators and potentially cause a huge human stacking accident!


Lastly, sharing with you a video where Nat collaborated with Hermo to unbox some exciting stuff. Enjoy!