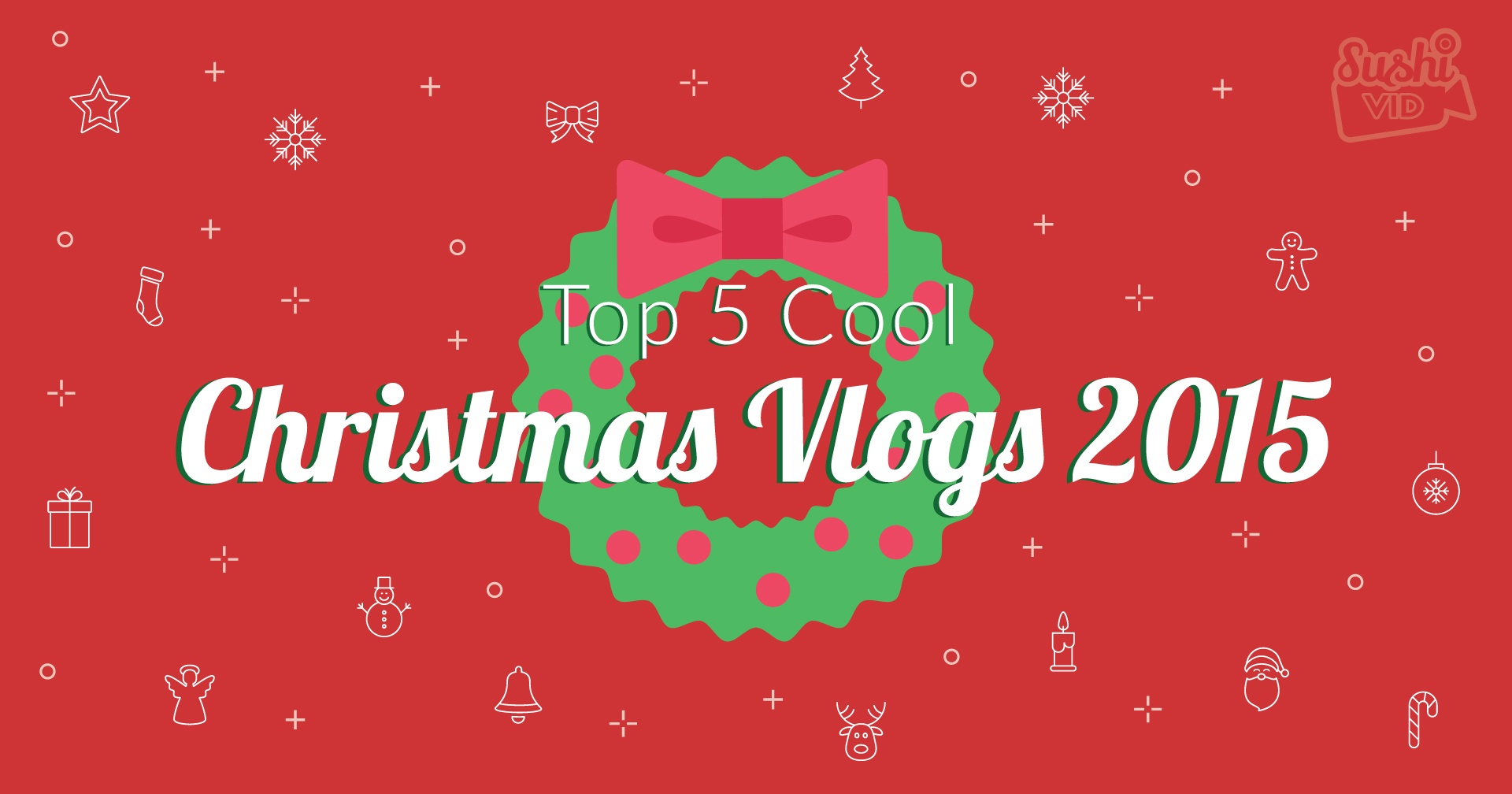 December is here and that means it's time for Christmas! A whole month dedicated for the preparation of Christmas, no wonder it's called the festive season. However, for the Christmas fanatics, the Christmas preparation began in November and some as early as October. Now that December is upon us, the Christmas frenzy can begin. Although Christmas is celebrated differently worldwide, essentially there are a few traditions that are synonymous with Christmas. Example, Santa Claus, Christmas cookies and cakes, seasonal Starbucks drinks and a very recent global event, Vlogmas.

What is Vlogmas you ask? The word 'vlog' means 'video log', a blog in video form. Vlogmas is the mashup of the word 'vlog' and 'Christmas'. Vlogmas is traditionally done beginning from the 1st of December up to Christmas Eve, the 24th of December. Vlogmas videos are normally uploaded onto the YouTuber's second channel, that is dedicated to their daily vlog that showcases their daily lives instead of their first channel, where they upload scripted and planned videos. These videos usually put you right in the Christmas jolly mood, which include snuggling up in bed, drinking hot chocolate, buying Christmas sweaters and bake cookies. The duration of a Vlogmas video varies, it can be as short as 5 minutes or as long as 30 minutes.

The YouTuber who started Vlogmas was Ingrid Nilsen in 2011. Every year she participates in Vlogmas but this year she decided she will not be partaking in a tradition she had pioneered. What a bummer, right? Fret not! She has decided to do a #DIYDecember where she will be posting DIY(Do It Yourself) videos on decorations, recipes and beauty. So it's not like we won't see much of Ingrid this December.

Vlogmas may only be a 4 year tradition, but it's here to stay as long as YouTube is up and running. To help you join the bandwagon, we have compiled the 5 YouTubers who are participating in Vlogmas 2015. Enjoy!

Heart has been on YouTube since 2010. Heart posts beauty product reviews, hair and makeup tutorials on her first main channel. On her second channel, ThatsHeartTv, she posts her day to day videos, singing covers(she's quite good too) and this is where she uploads her Vlogmasvideos. Her first few Vlogmaswas in 2013, which was uploaded onto her main channel, but soon moved them to her second channel.

Caitlin Bea has been on YouTube since 2010 uploading under the name glamourista16. She is a partner with Style Haul and Maybelline New York. Caitlin uploads hauls, challenge videos, unboxing videos, and also vlogs. She doesn't have a second channel dedicated to her vlogs, so she uploads her Vlogmas videos to her main channel.

Fun Fact: She is roommates with Sarah Belle, another YouTuber!

She is a fashion and beauty vlogger and blogger, an author, a makeup artist, has her own line of cosmetics, Tanya Burr Cosmetics and also a wife. Impressive right? She started uploading celebrity makeup tutorial videos to YouTube in 2009 and now she has 3 million subscribers!

Fun fact: She recently tied the knot with her high school sweetheart, Jim Chapman, who also happens to be a YouTuber and a model.

The younger sibling of the Sugg clan started YouTube in 2012 and now he has 5.6 million subscribers! Before YouTube, Joe Sugg was a roof thatcher and because of the overwhelming requests on his sister's(who happens to be the Queen of YouTube, Zoella) YouTube channel, he decided to give YouTube a try. Although, many would say he owes his quick rise to fame to his sister(even he agrees), it is undeniable that he deserves the recognition and he could not have made it this far just by being Zoella's little brother. Joe Sugg uploads all kinds of videos to his main channel, and he has a separate accounts for vlogs and gaming videos.

Fun fact: He is roommates with Caspar Lee, a famous South African YouTuber and they have an ongoing random prank videos pulled on each other.

If you didn't know Zoella, Zoe Sugg, and PointlessBlog, Alfie Deyes are the royal couple of YouTube. Zoe and Alfie began YouTube in 2009 and have 9 million and 4 million subscribers respectively. Zoella uploads makeup tutorials, hauls, baking and review videos, while Alfie uploads humour genre videos and he has a third channel, dedicated to gaming videos. We listed them together because their vlogging contents are usually similar since they do live together.However, that doesn't mean you have to choose one and dismiss the other. They might have similar content, but it's cool to see what is happening from two different perspectives! Plus, the Internet can't get enough of Zalfie.

Fun fact: Known as Zalfie to the YouTube community, couple started dating in 2013, but it was kept a secret until another fellow YouTuber, Jim Chapman (Tanya's husband and close friend to the Zalfie), accidentally vlogged Zoe's computer wallpaper of Zalfie and the whole of YouTube got to see it!